Diversity of the Program Committee for 2021

The CHI Committee has sent a questionnaire exploring the current diversity of the community with the hopes of creating a more inclusive and diverse assemblage of members. The data presented in this blog post provides us, the community, committee, and current chairs, with an indicator of underrepresented populations.

As shown in both literature and industry reporting, diversity has been proven to drive communities forward and reach more bi-partisan opinions, thereby stimulating discussion and discovery. As such, diversity in the program committee for CHI is important to ensure balanced perspectives and inclusiveness in creating a top tier program displaying excellent research from across the whole CHI community.

For CHI 2021, the Papers chairs believe they can best serve the community by creating a committee with a balance of researchers with various experiences across many regions of the world. Hence,  the chairs are interested in learning more about the diversity of past CHI committee participants. In particular, this survey explores gender, race, ethnicity, citizenship, age, and ability.

The survey was sent via Survey Monkey. In total, Out of 496 members, we received responses from 390 of them for a response rate of 78.6%. Below we present the numbers and statistics from the report.

The numbers demonstrate that committee members have served twice on average. However, the range is wide [0 to 31 times!] with a standard deviation of 3.2. Therefore, we see a bimodal skew towards either new committee members or highly experienced respondents.

On average, respondents have served 2 times on the CHI Program Committee, the standard deviation is 3.2. Some respondents have no prior experience, with the 2021 conference their first time volunteering.

CHI Committee members recruitment suggests experience within the community. Although this is an unwritten rule, experience generally helps the selection committee understand if the challenges of chairing are reasonable for the individual in question.

We looked at the number of papers members of the committee published at CHI. By papers, we mean full papers, extended abstracts, case studies, design briefs, alt-chi, and short-papers/notes.

By the numbers, the vast majority of respondents (96%) have published at least once in previous CHI conferences. 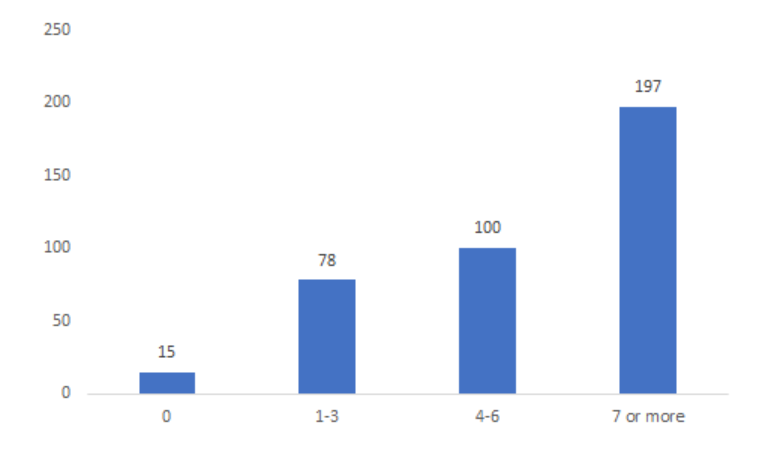 75% of volunteers are recruited by people they know

15.9% of respondents were recruited from the volunteer pool while 15.6% were recruited to serve by someone they did not know previously. However, 75% of respondents reported being recruited by someone they knew, revealing that most of the ACs serving on the committee are likely being recruited on a “who you know” basis. This may potentially limit the chance for other people to have the opportunity to serve in an AC if they do not have ties within the SIGCHI community. 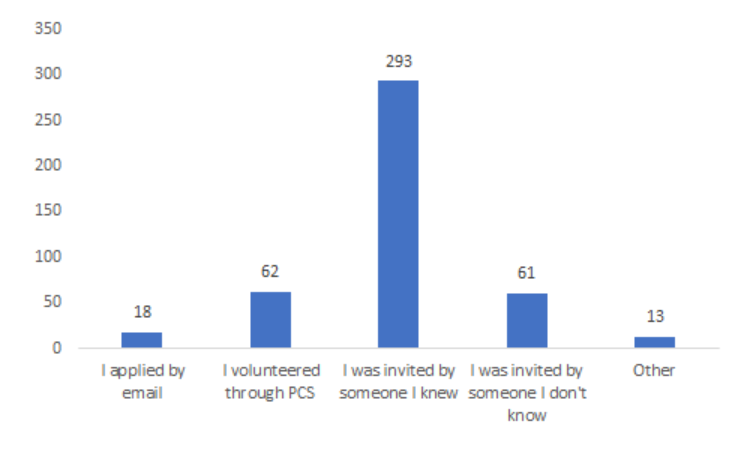 The vast majority of respondents (90.23%) come from an academic profession whereas so few come from non-academic professions. While we are happy to see so many people from academia participate in being a member of the committee, we recognize a lack of diversity in perspectives from a professional standpoint. 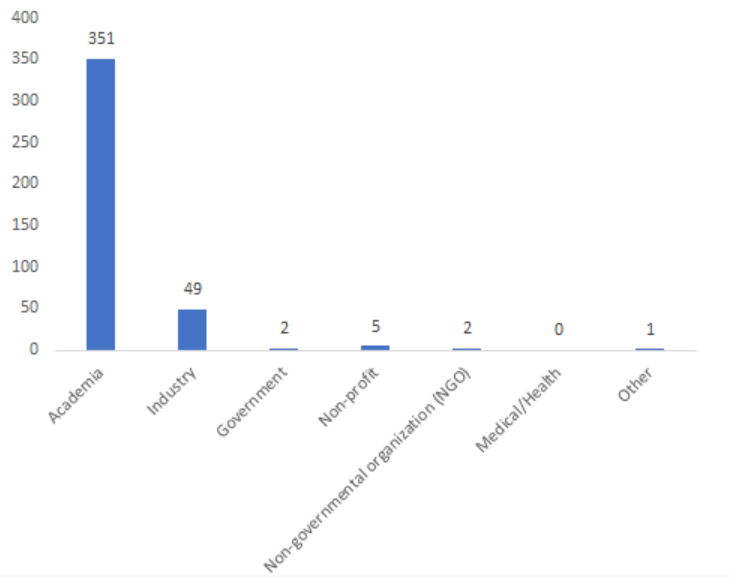 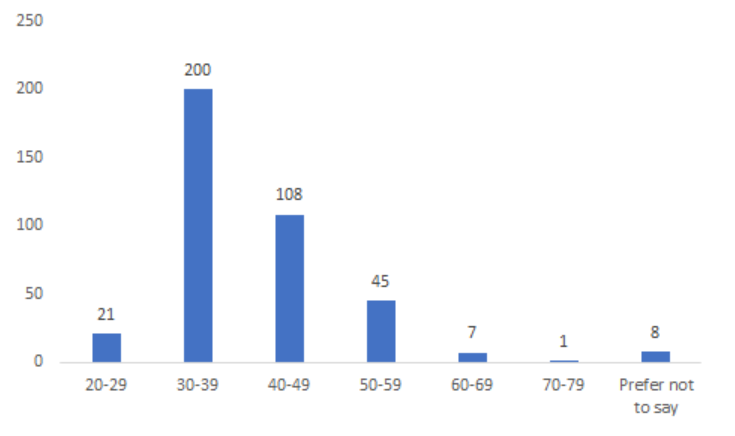 Survey participants could select from the following options: prefer not say; woman; man; non-binary; or prefer to describe. 43.08% of survey participants identified as women, 53.59% identified as men, 1.79% identified as non-binary, and 1.79% as prefer not to say. An examination of the gender distribution by subcommittee shows that the overall AC split is not reflected in individual subcommittees. Only two committees approximate an equal male/female gender split, three contain more women than men. The remaining 10 contain more men than women, Experience and Usability displays the greatest gender disparity, being 78% male. These proportions are consistent with last year’s outcomes. 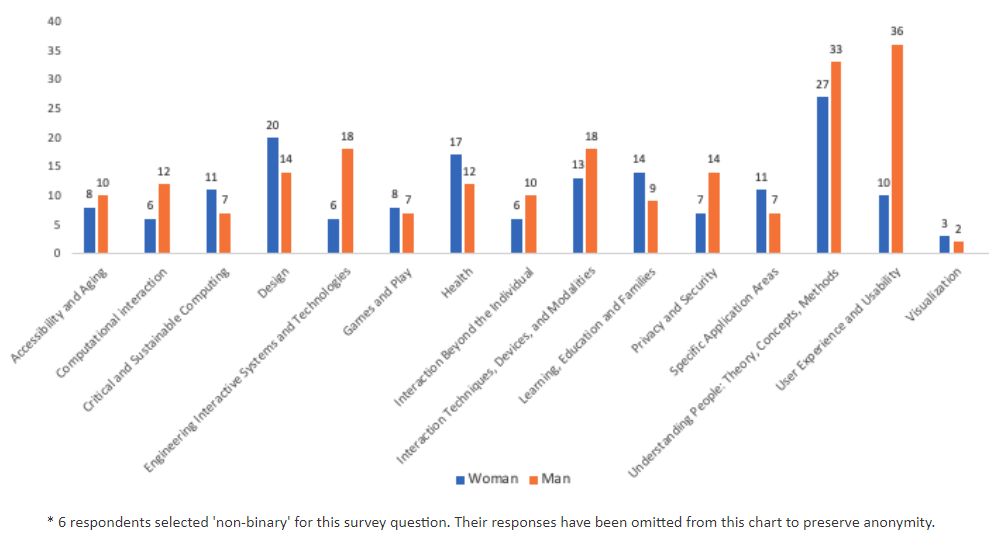 Country of Origin and Residence

The United States (86), Germany (40), and the United Kingdom (26) lead the way in country of origin for members of the Program Committee. 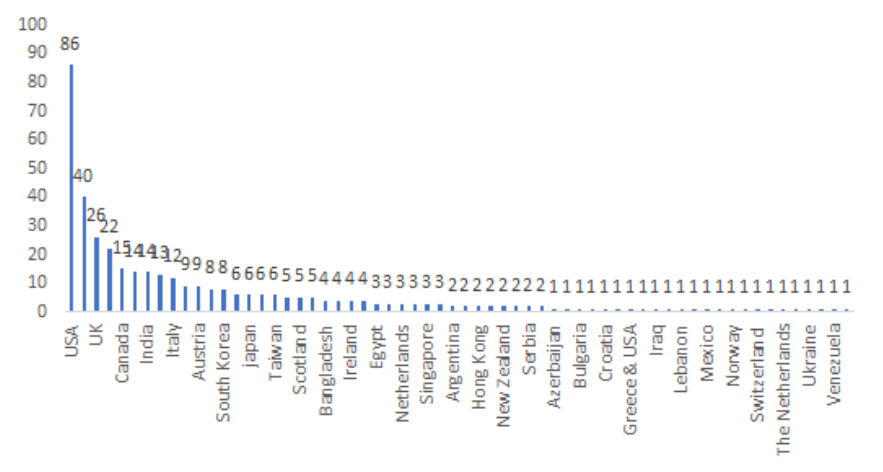 The distribution of responses also indicates that the United States (35%), the United Kingdom (14.6%), Canada (6.9%), and Germany (8.5%) are also the most common countries of residence for program committee members. The top ten countries of residence and citizenship are all either English-speaking or western European. Based on the responses regarding recruitment and professional status, the program committee is mostly made up of individuals working in North American and Western European universities.

Participants were asked to self-identify their ethnicity in a free text question. The most common ethnicities/race were ‘White’ (57.7%) and Asian (15.6%). Given that many people identified as White-x, 57.7% is underestimating the large majority of white members of the PC. 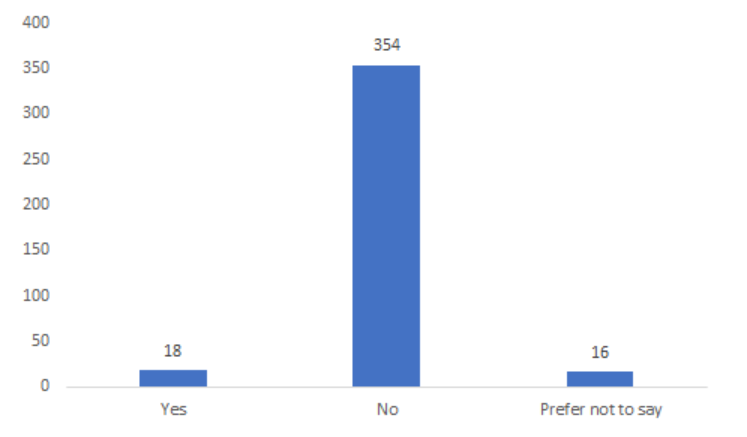 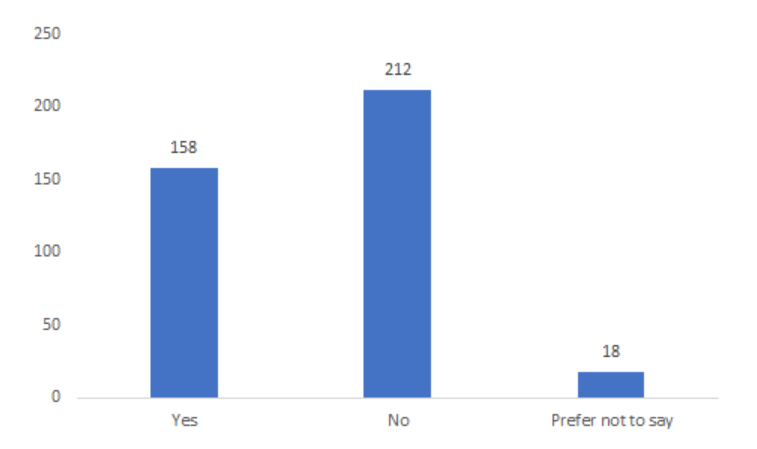